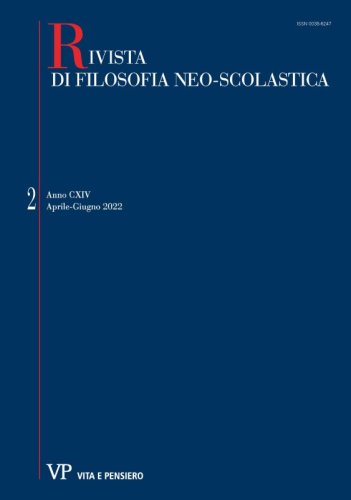 | RIVISTA DI FILOSOFIA NEO-SCOLASTICA - 2022 - 2
Anno: 2022
In the attempts to establish a distinction between truths of faith and truths of reason, in the mid-seventeenth century Lodovico Antonio Muratori stands as an authoritative interpreter of both the autonomy and the compatibility of the two domains. Muratori identifies an avenue of inquiry based on the ideas of harmony and reasonableness and which recovers Galileo Galilei’s belief in the separation of religion and science. Yet, he revives this belief through a strenuous dialogue with Protestant literature. Muratori’s philosophical inquiry results in a clear distinction between different positions on Scriptures and dogma, and sacred and secular sciences. It also shapes an idea of Christianity that is profoundly renewed by the enlightening action of reason and is free from superstitions, fanaticism, wrong beliefs, and errors.
€ 6,00